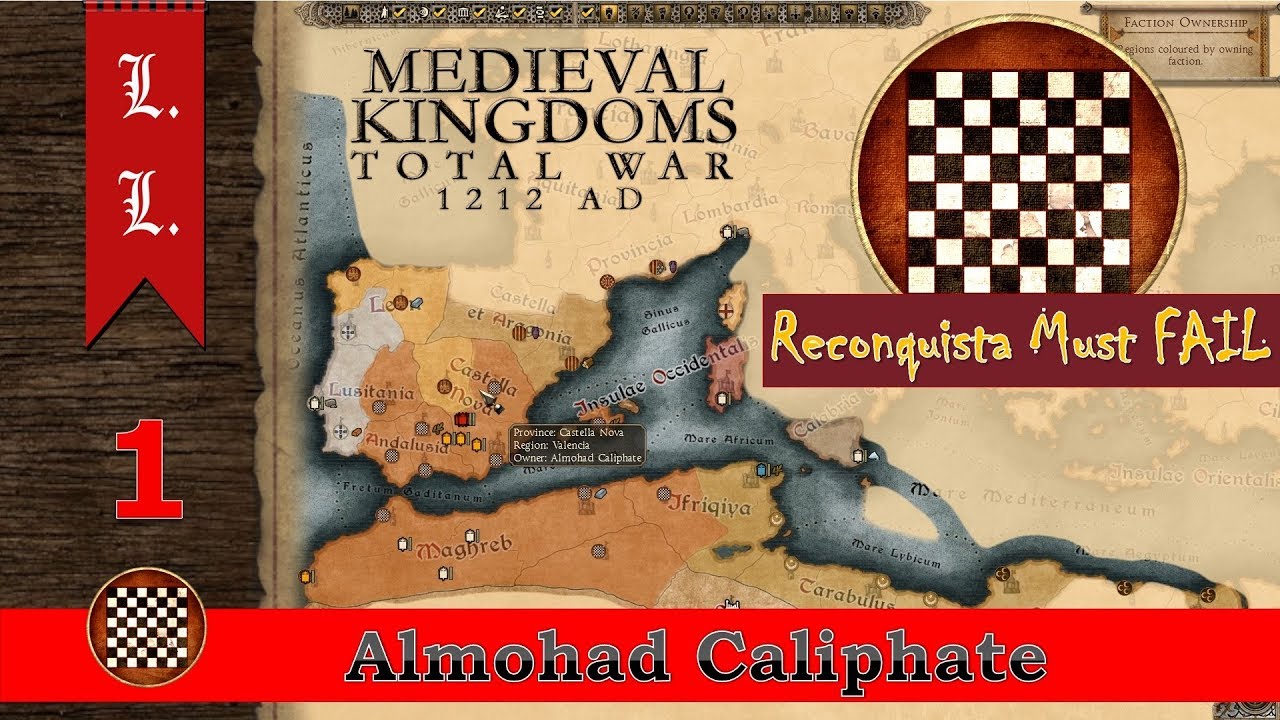 The Almohad Caliphate was a Moroccan Berber Muslim movement and empire founded in the 12th century.

The Almohad movement was founded by Ibn Tumart among the Berber Masmuda tribes of southern Morocco. Around 1120, the Almohads first established a Berber state in Tinmel in the Atlas Mountains. They succeeded in overthrowing the ruling Almoravid dynasty governing Morocco by 1147, when Abd al-Mu’min al-Gumi (r. 1130–1163) conquered Marrakesh and declared himself Caliph. They then extended their power over all of the Maghreb by 1159. Al-Andalus soon followed, and all of Islamic Iberia was under Almohad rule by 1172.

The Almohad dominance of Iberia continued until 1212, when Muhammad III, “al-Nasir” (1199–1214) was defeated at the Battle of Las Navas de Tolosa in the Sierra Morena by an alliance of the Christian princes of Castile, Aragon, and Navarre. Nearly all of the Moorish dominions in Iberia were lost soon afterward, with the great Moorish cities of Cordova and Seville falling to the Christians in 1236 and 1248 respectively.

RECONQUISTA MUST FAIL
Let’s rewrite the history of the Iberian Peninsula.