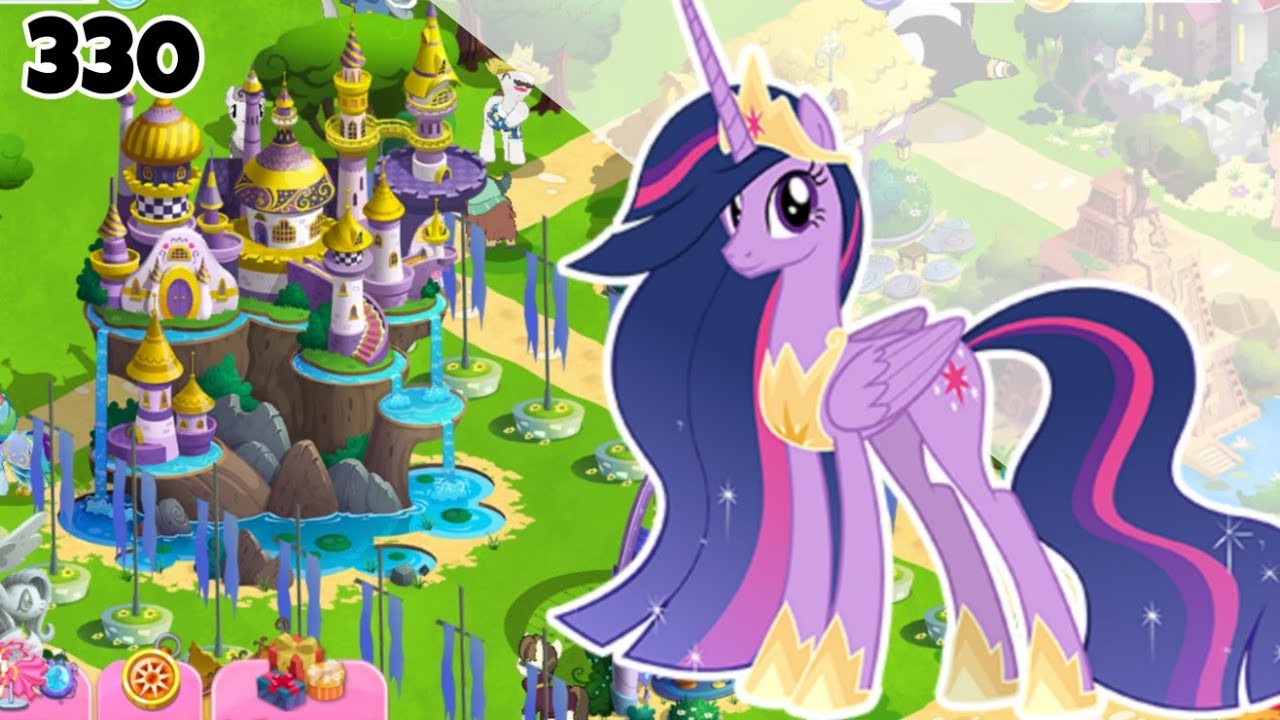 2 NEW LIMITED-TIME STORIES
• Meet the Mane Six of the future and repair a rift in time!
• Stop the Cutie Mark Crusaders of the future from accidentally ruining Twilight’s Coronation Anniversary.

Saddle up for fun, friendship and adventure with all of the most popular ponies in Equestria in the free official game based on the phenomenal MLP TV show!
Only Twilight Sparkle — the student of Princess Celestia — and her friends Rainbow Dash, Fluttershy and the rest can save the day for every horse in the city as they farm resources, meet cute friends and reach for their dreams!
* OVER 300 CHARACTERS: Meet a royal prince or princess one day, a cute adventure-seeking horse the next day and who knows what the next! Give them places to stay, nibble on hay and hear what they have to say.
* SO MUCH TO EXPLORE: See the Crystal Empire, Canterlot, Sweet Apple Acres farm and more!
* MAKE A PRETTY PONY HOME: Beautify your MLP town and make it better than in any other city builders out there with cute houses, adorable decorations and enough magic for everypony that gallops by!
* FANTASTIC QUESTS: Go on adventures based on your favorite stories from the TV show, and confront villains such as Tirek, King Sombra, Nightmare Moon, the Changelings and more!
* MINI-GAMES: Play Ball Bounce with Twilight Sparkle, Magic Wings with Rainbow Dash, and get down with every horse in town in the Equestria Girls Dance games!
* CUSTOM FASHION: Give cute makeovers to turn any pony into a prince or princess pony with royal dresses and beautiful hairstyles featuring a rainbow of colors.
* FRIENDSHIP IS MAGIC: Interact with friends and compete in hoof-pounding events!
* REAL PONY VOICES: Enjoy the official voice talent from the show!
Perfect for fans of city builders, free games or anyone who dreams of lounging on a pile of hay on the farm, surrounded by cute MLP horse friends such as Twilight Sparkle and Rainbow Dash, and becoming a royal prince or princess.