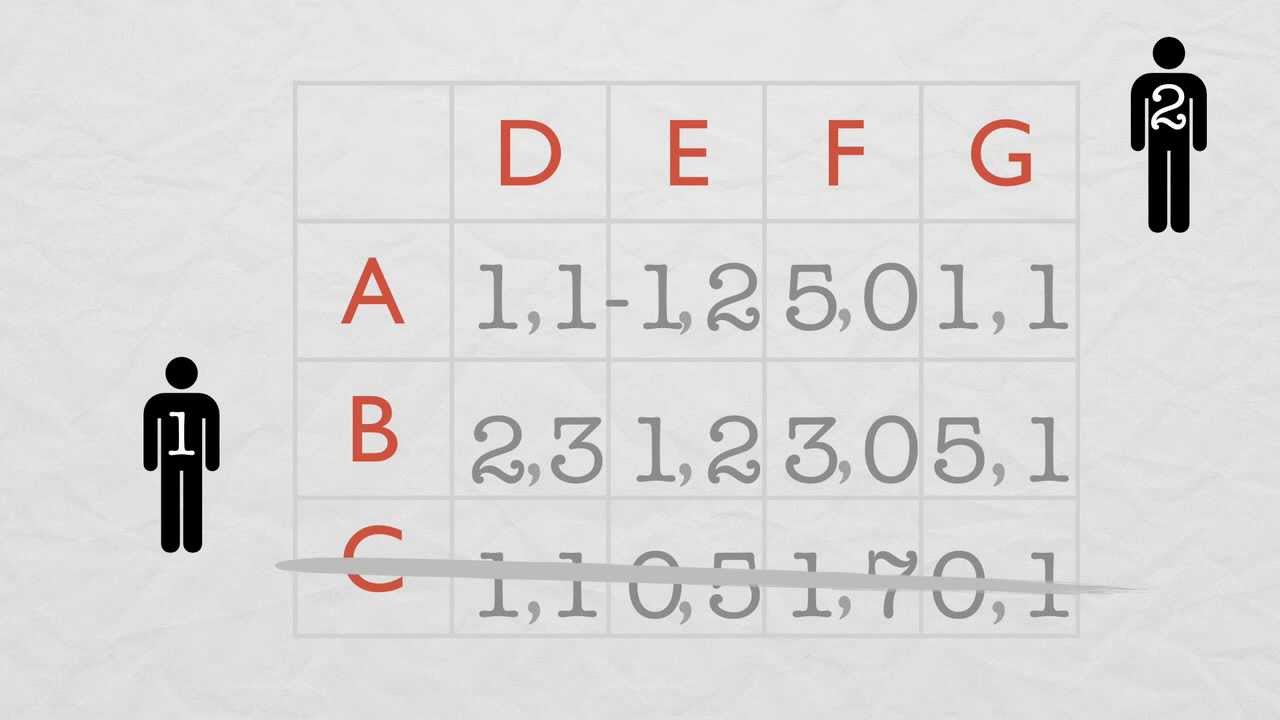 As I mentioned before, not all games have a strictly dominant strategy. However, there’s another way we can use the concept of strictly dominated strategies to find equilibria.

This might be an dominant strategy equilibrium depending on player 2’s payoffs, but it doesn’t have to be.

Here’s a more complicated example. There’s no dominant strategy equilibrium here, but let’s see if we can find an equilibrium by deleting the strictly dominated strategies.

We can see that player 1 will never pick C because he’s always better off choosing B, so let’s delete that. Now, given that C has been deleted, F can be deleted also. A,F and B,F both give player 2 a payoff of zero, and he could get a payoff of one by playing G, so he won’t play F. With F deleted, player 1 won’t ever play A, since he can always be better off playing B. That leaves player 1 playing B for sure, and player 2 can clearly see that he get his highest payoff in B,D, so he can eliminate E and G.

So there you have it, an equilibrium.