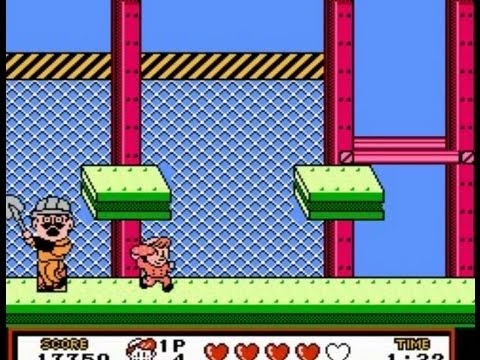 A subtitled, beginning to end playthrough of Jaleco’s 1992 Famicom game, Pizza Pop! From

There was very little Japanese in this game to begin with, so I just put subtitles over the between level scenes.

A quirky game that plays somewhat similarly to Tsuru Pika Hagemaru, has “Kid-kun” delivering pizza to all sorts or ridiculous locales in order to buy his girlfriend an expensive ring.

There’s no question that this is a Japanese game, despite the language, by some of the pizzas that are ordered. I’m surprised the seafood pizza didn’t have mayo on it! (Don’t laugh, Japanese Pizza Hut actually sells such a thing. And at about $40 for a large in Tokyo, no delivery :O)

Short and fun and really easy. Worth a shot if you want something new.

NintendoComplete ( punches you in the face with in-depth reviews, screenshot archives, and music from classic 8-bit NES games!

Visit for the latest updates!