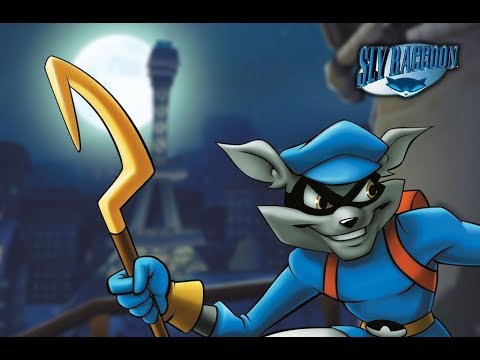 Sly Cooper and the Thievius Raccoonus (known as Sly Raccoon in Europe and Australia) is a platform stealth video game created by Sucker Punch Productions that was released on the PlayStation 2 in 2002. The game was followed by three sequels, Sly 2: Band of Thieves, Sly 3: Honor Among Thieves and Sly Cooper: Thieves in Time. On November 9, 2010, Sly Cooper and the Thievius Raccoonus, as well as its first two sequels, were released together as The Sly Collection, a remastered port of all three games on a single Blu-ray disc as a Classics HD title for the PlayStation 3.

The game focuses on master thief Sly Cooper and his gang, Bentley the Turtle and Murray the Hippo, as they seek out the Fiendish Five to recover his family’s “Thievius Raccoonus,” a book with the accumulation of all of Sly’s ancestors’ thieving moves. The game was praised for using a variation on cel-shading rendering, which is used to create a film noir feel, while still rendered as a hand-drawn animated movie, though criticized for being too short.